Wouters died on his mission in Africa: ‘If he had known that, he would still have gone’

Wouter Nolet (32) went to Sierra Leone as a tropical doctor to help people. It ended up being his death. He died two years ago from the contagious Lassa virus. His family looks back for the first time on that terrible time and tells about the foundation they founded in memory of Wouter.

When a pregnant woman is brought into the African hospital where Wouter works two years ago, alarm bells quickly go off. The woman seems to have preeclampsia and to at least save the mother, a cesarean section is chosen, performed by Wouter. Unfortunately, the baby does not survive the operation.

The next morning things are not going well for the Sierra Leonean woman. She has a lot of bleeding, and no one understands why she is deteriorating so quickly. 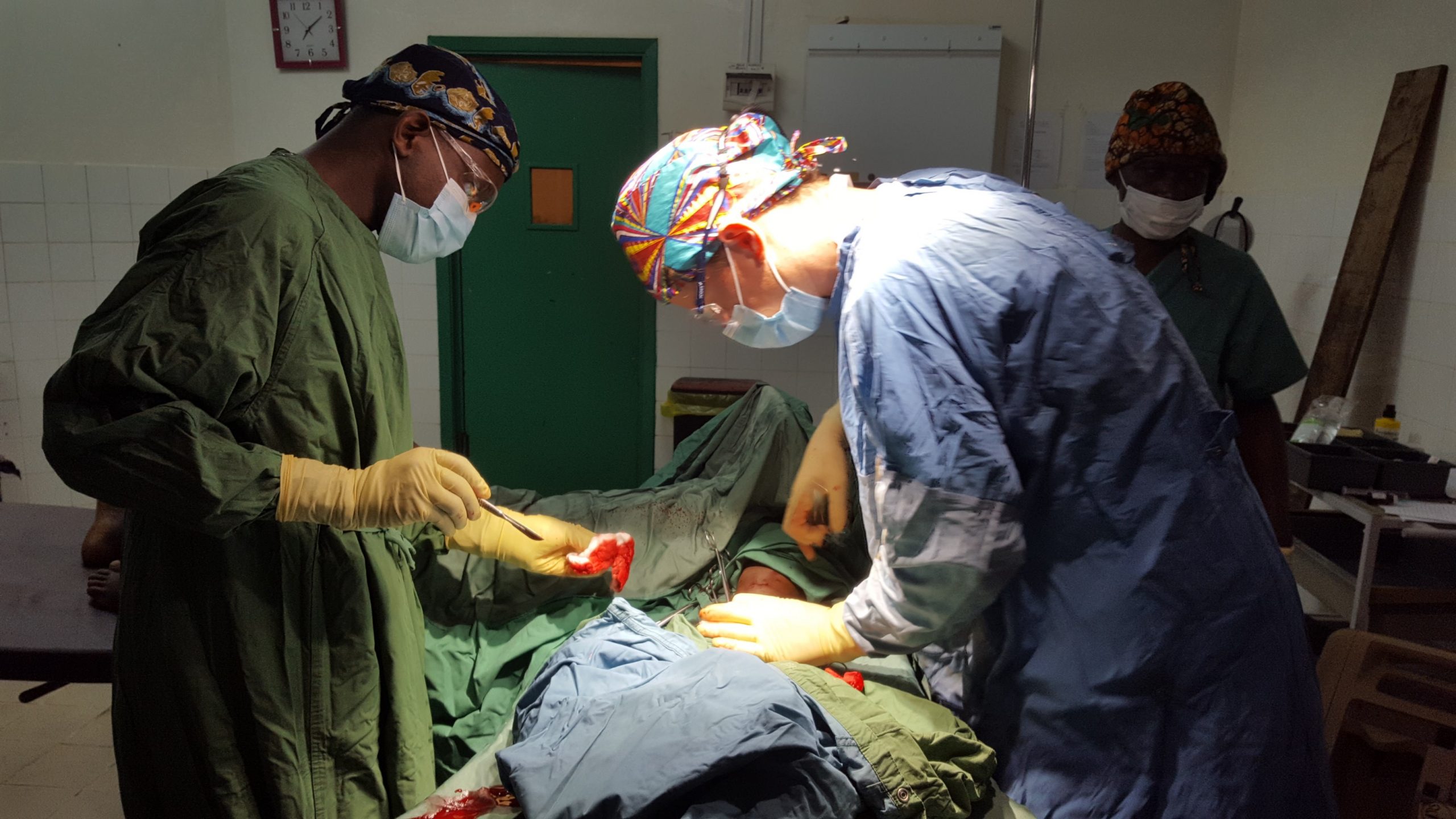 At that time, Wouter had been active in the West African country for over a year as a tropical doctor and coordinator of the surgical training program CapaCare. He continued to work there after completing an internship in Sierra Leone during his studies as a doctor of international health care and tropical medicine.

‘He was very upset’

Because the woman’s condition continues to deteriorate that day in November 2019, it is decided to give her extra blood, but in the end they have to proceed with resuscitation, where Wouter gets a lot of blood. The woman does not make it and everyone is left with many questions. “Wouter was very upset, I remember that”, his sister Marlieke now tells RTL news.

At that time, Marlieke had a lot of contact with Wouter, despite the thousands of kilometers between them. They text, call and facetime. Likewise when Wouter becomes ill a few days after the operation. “He had a high fever, he couldn’t keep anything down. In the tropics you can think of all kinds of diseases. That’s why he was tested for malaria, among other things, but there was no clear picture. He was not afraid yet, because he knew: if it really goes wrong, then I will be brought back to the Netherlands and everything will be fine.”

When Wouter’s parents finally receive a phone call with the announcement: ‘I have to go back to the Netherlands, this can’t go on like this anymore’, the family knows that it is really wrong. 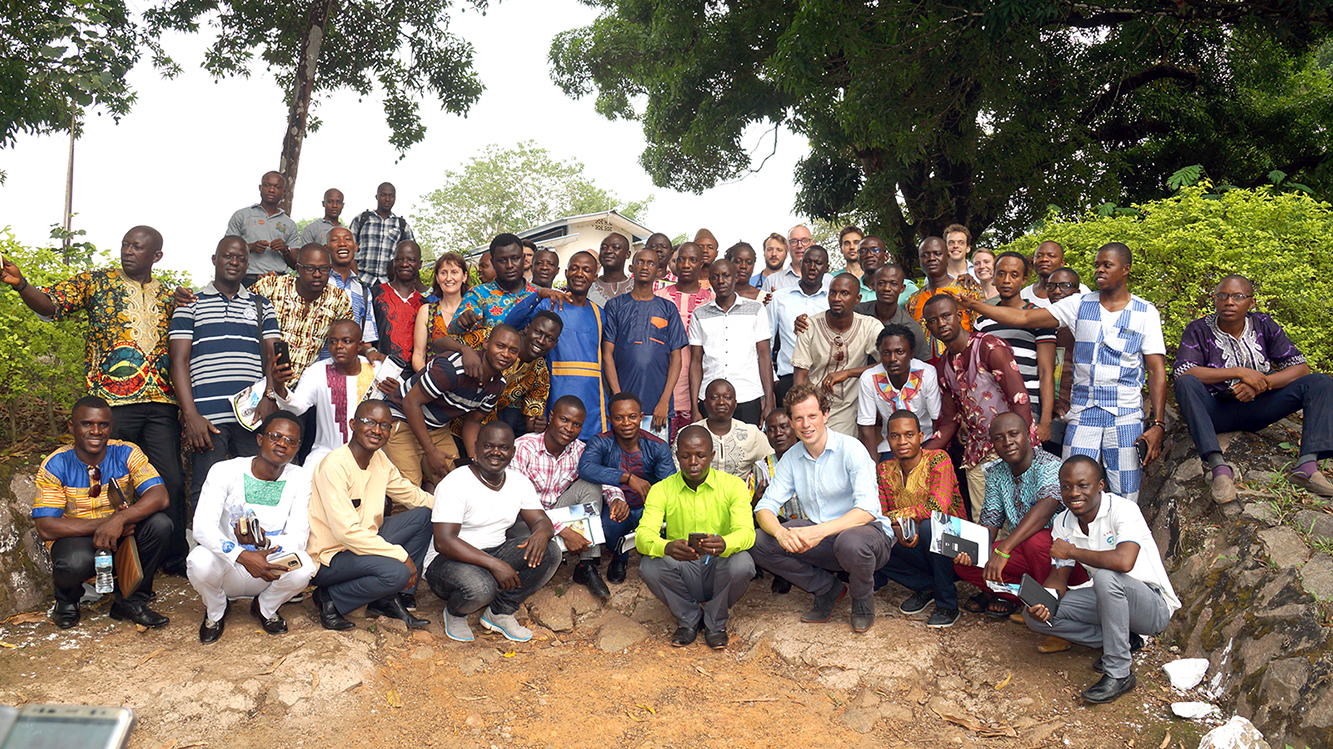 Repatriated to the Netherlands

Wouter returns to the Netherlands on a special flight, arriving at the hospital in Amsterdam on his birthday. He has been ill for nine days at that point. “He was in the emergency room and we were allowed to visit him, we thought that was pretty crazy in these circumstances. In retrospect we have been so happy with that, it was the last time we could see him up close.”

At that time, the Dutch doctors do not yet know what Wouter has among the members, but after many investigations it is finally found that Wouter is infected with the contagious and serious Lassa virus. The pregnant woman who Wouter had operated turned out to be carrying it with her, as a result of which Wouter also became infected, despite the protection he was wearing.

What is the lassa virus?

The Lassa virus mainly occurs in parts of West Africa, such as Sierra Leone. Certain mice can spread the virus, but it can also be spread from person to person.

The virus is rare in the Netherlands. The disease has only been diagnosed twice in the past 40 years – befor Wouter – the last time was in 2000. It concerned a seriously ill man who had recently worked as a surgeon in Sierra Leone (Source: National Institute for Public Health and the Environment (RIVM)).

In the Netherlands, he is placed in complete isolation in the Leiden University Medical Center and eventually many healthcare workers there are working with Wouter 24 hours a day. “Lassa hardly occurs in the Netherlands, the last patient was decades ago. It was an idiotic situation.”

‘Wouter knew too much about lassa’

Only employees in special ‘Mars-men suits’ are allowed to come to the bed of the tropical doctor, who knows all too well what Lassa is all about. “It was very difficult for us to see that he knew so well how sick he was. Wouter knew how bad it was that he has had the virus in his body for days. After his medical treatment with the doctors, he even set up his own devices in the hospital. He actually knew too much, which made it too difficult for him. In the days thereafter, Wouters’ condition deteriorated rapidly and it was therefore decided to put him in an artificial coma. “

Marlieke describes the days that follow as surreal. They all know: Wouter is young, strong, he must be able to overcome this. But they also all know how sick Wouter is. On November 23, 2019, the hospital finally determined that Wouter’s organs no longer function. Together with the family it is decided to discontinue all treatments. He can no longer be saved.

Wouter leaves behind a girlfriend, father, mother, two sisters and countless friends in mourning. And an African country for which he had given his life. In Sierra Leone, residents take to the streets with pictures of Wouter, they thank him for his ‘heroic deeds’, for everything he has done for the community.

‘He wanted to make a difference’

It supports the family to see and read that: “He was really one of them, that moved us very much.”

Looking back, Marlieke notes that Wouter has always thought of the well-being of others. “From an early age he wanted to help people and improve the world. He always made different choices than his peers. For example, after his graduation he did not party during a holiday in the sun, but went to India for volunteer work. And that is also why he chose not to stay in the Netherlands as a doctor, but wanted to go where he could make a difference. As he himself wrote in his letter of application to the hospital in Sierra Leone: he wanted to improve health care for the less fortunate in the world, to give them equal opportunities in life.”

And that mission ended abruptly and too soon. That is why it soon became clear to Wouter’s family that they wanted to proceed his work, in the name of the tropical doctor. “After Wouter’s death, our whole house was already full of flowers. That’s why we asked people for a donation during the funeral, instead of even more bouquets. So many donations came in then that we had to think carefully about how we could spend it best .”

Three months ago the answer came, the family established the Wouter Nolet Foundation. With the foundation, the family raises money through, among others, sponsored running to strengthen the health care system of Sierra Leone. Currently, for example, the Foundation provides scholarships to medical students who want to become assistant surgeons or midwives. Since Sierra Leone is one of the poorest countries in the world and has only 245 doctors out of a population of 7.5 million inhabitants, this is urgently needed.

“Wouter would have loved this, we are sure of that. This is exactly in line with how he thought that development aid should be deployed. If you train the local population, sustainable aid can arise. Wouter to be busy, but it’s also good , because Wouter deserved this.

And it comforts us that we as a family unanimously know that if Wouter had known that the pregnant woman had Lassa, he would still have operated on her. That if he knew he was going to die from a disease in Sierra Leone, he would still have gone to the country. This was his mission, he had no choice. And we are now continuing that mission.”